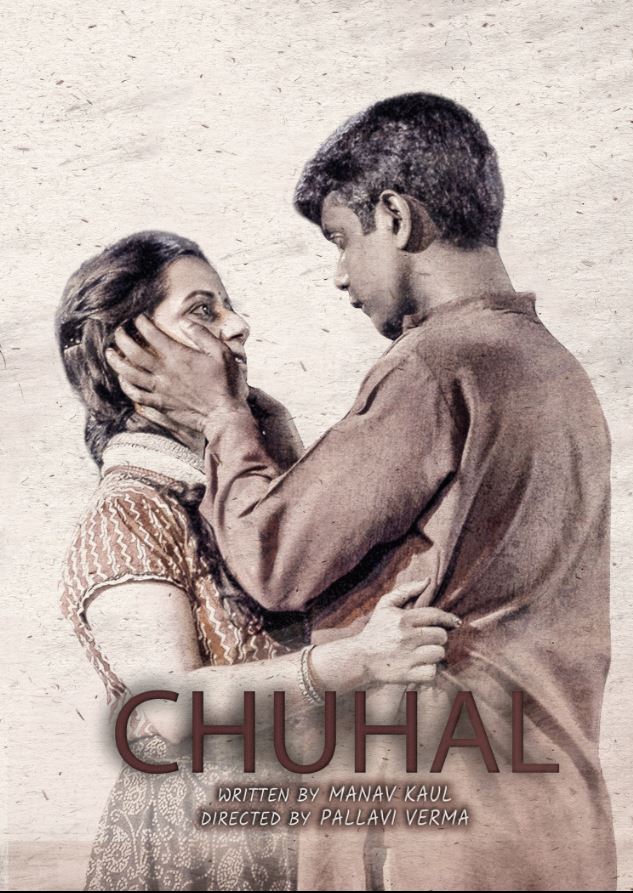 The story begins when Sudheer comes to ‘see’ Aarti for marriage and goes on to evaluate, through these two characters, the existentialist tussle between what one has to be vs what one wants to be, how one chooses to live vs how one wishes to live. Aarti has this unusual idea of role playing each other in order to momentarily be what they each wish to be. It turns out to be more than just ‘Chuhal’ (meaning playful tease) and starts getting serious. But, does it help them answer their questions? Does it raise more questions? Watch this play to see where it goes.

Organizer
kissago Theatre
KissaGo- The Storyteller, is an initiative that endeavours to make the self meets the 'Other Self' on a stage or screen where, the group believes, the magic unfolds; a neutral territory where illusion meets reality and vice versa. KissaGo was formed in September 2014 by some young theatre enthusiasts from varied fields. Since then the group has successfully staged more than 20 plays written by eminent writers at various spaces in Hyderabad to the much appreciation of its audiences. Some of the most successful plays were Patkatha (Poetic Play), Sakharam Binder, Dakghar, Kale Ghode Ki Naal Ki Angoothi, Jee Huzoor, Kamla, Ilhaam, Chuhal, Gagan damama bajyo to name a few.