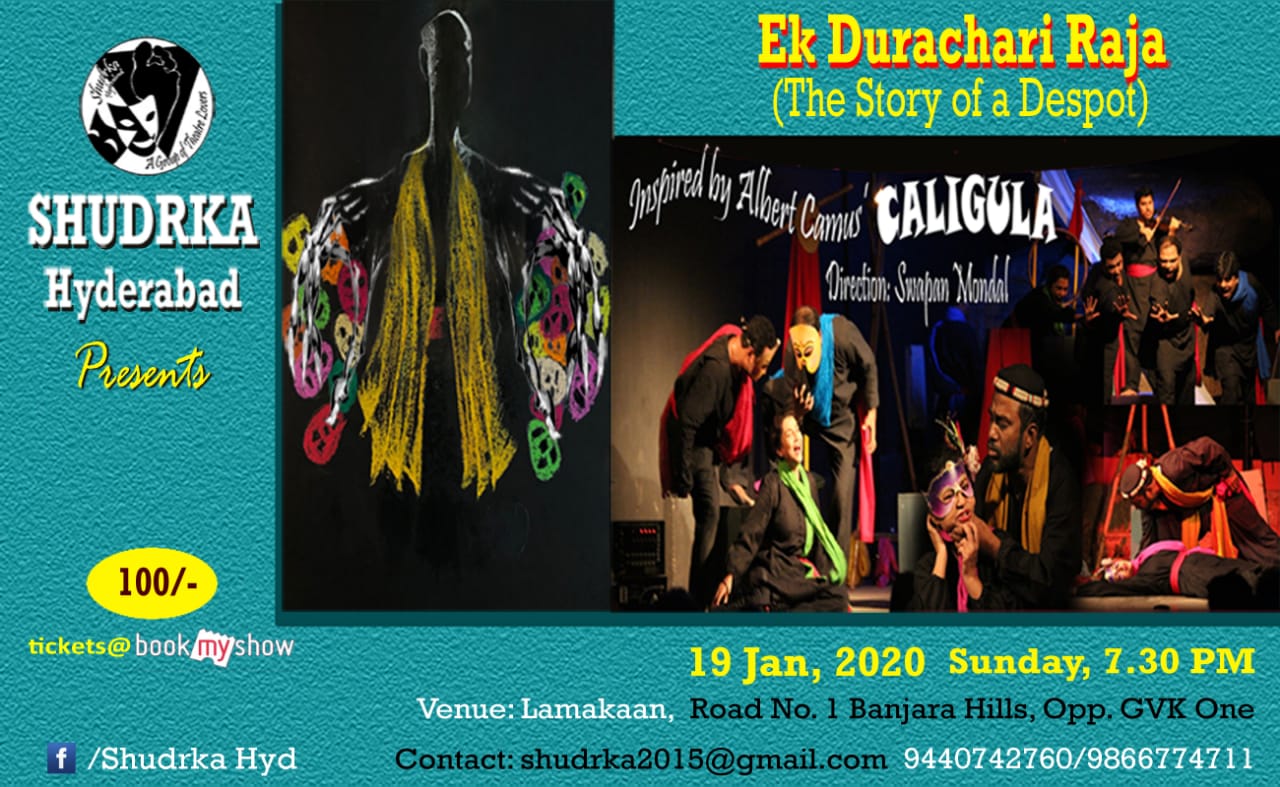 The play, EK DURACHARO RAJA has drawn from Camus' “Caligula” the concept of deification of emperors which was common to the pagan world, the Greek and Macedonian kings. Raja (the king) discovers on the death of his sister and lover, Apurupa, that people die and they are not happy. From this point on, obsessed by his search for the absolute, poisoned with contempt and horror, he tries to exercise, through murders and systematic perversion of all values. He rejects friendship, love, simple human solidarity, and the concepts of good and evil. He takes literally all those around him like Taruni, his poet-friend, and forces them to see things logically, and levels everything around him through the force of his rejection. But if his truth involves revolting against destiny, his mistake is to deny humanity One cannot destroy everything without destroying one's self. This is why Raja depopulates the world around him and, faithful to his own logic, decides to strangle Kamini, his mistress, uttering his gospel of hate at everything around him. This play is the story of a superior suicide, as described by Camus. It is the most human of stories and the most tragic of errors. Faithless to humanity out of faith in himself, he accepts to die for having understood that no one can save himself by himself, and that one cannot be free while opposing humanity. The play remains universally relevant. It represents the face of contemporary despotism, not only in terms of the whimsical madness of rulers, but also in terms of how people react to such rule with a glimmer of hope for the future.

Organizer
Shudrka Hyderabad
Shudrka Hyderabad, a theatre group based out of Hyderabad, has been performing plays in Bangla, Hindi and Telugu since 2004. Shudrka Hyderabad is proud to continue its 15+ years of tradition of contributing to the culture of Hyderabad and to the enrichment of the national theatre community. Some of the major productions are Mahasweta Devi’s Aajir, Ek Soirachari Rajar Katha based on Albert Camus’ Caligula and Badal Sircar’s Sararattir in Bengali, Kissa Andher Nagri ka, EK Shaam Prem CHand ke naam, in Hindi, Meemu Attavikulam in Telegu.