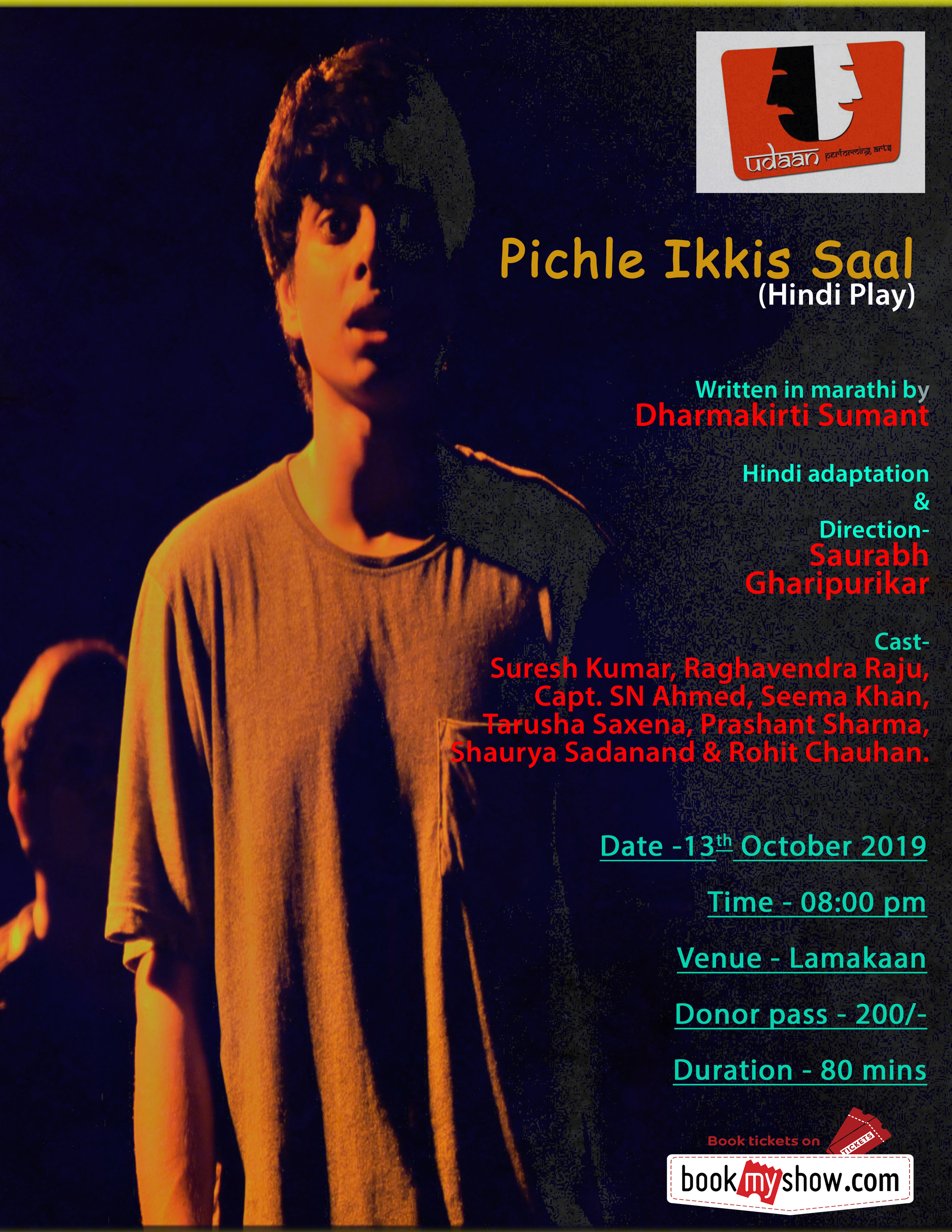 1 Ek Akeli Aurat ( Synopsis ) - Locked in a flat, a solitary woman makes her confession. Amid domestic chores, dodgy phone calls, a sex-mad brother-in-law and a forever screaming baby she tells us the story of how her love for a young student led to her imprisonment at the hands of her jealous husband. Through farce to tragedy, her story propels the audience to its shocking climax.

2 Pichle Ikkis Saal ( Synopsis ) - “Insecurity, complex, pollution, money, cell phones, drugs, orkut, facebook, relationships, manners, ethics, love, parents, pressure, sex, freedom, capitalism, education , dependence, awareness, guilt, communication, happiness, confusion...Why do I do the things, which I do? I think rubbish. I feel rubbish... Who am I? I am not a hardcore rightist, nor a leftist. Not even a orthodox brahmin nor a suppressed dalit. Not a gay nor a part of the minority, not a lefty, or mentally ill..Who the hell am I? Just a oversensitive guy.. confused.. trapped!?

Straight out of the minds of 21 year olds. The story of a youngster who finally goes to a reality show which is there to create an extremist, terrorist young force..Is it fundamentalist? Religious? Regional? Certainly not!

What exactly did happen in the last 21 years...(Pichle Ikkis Saal)