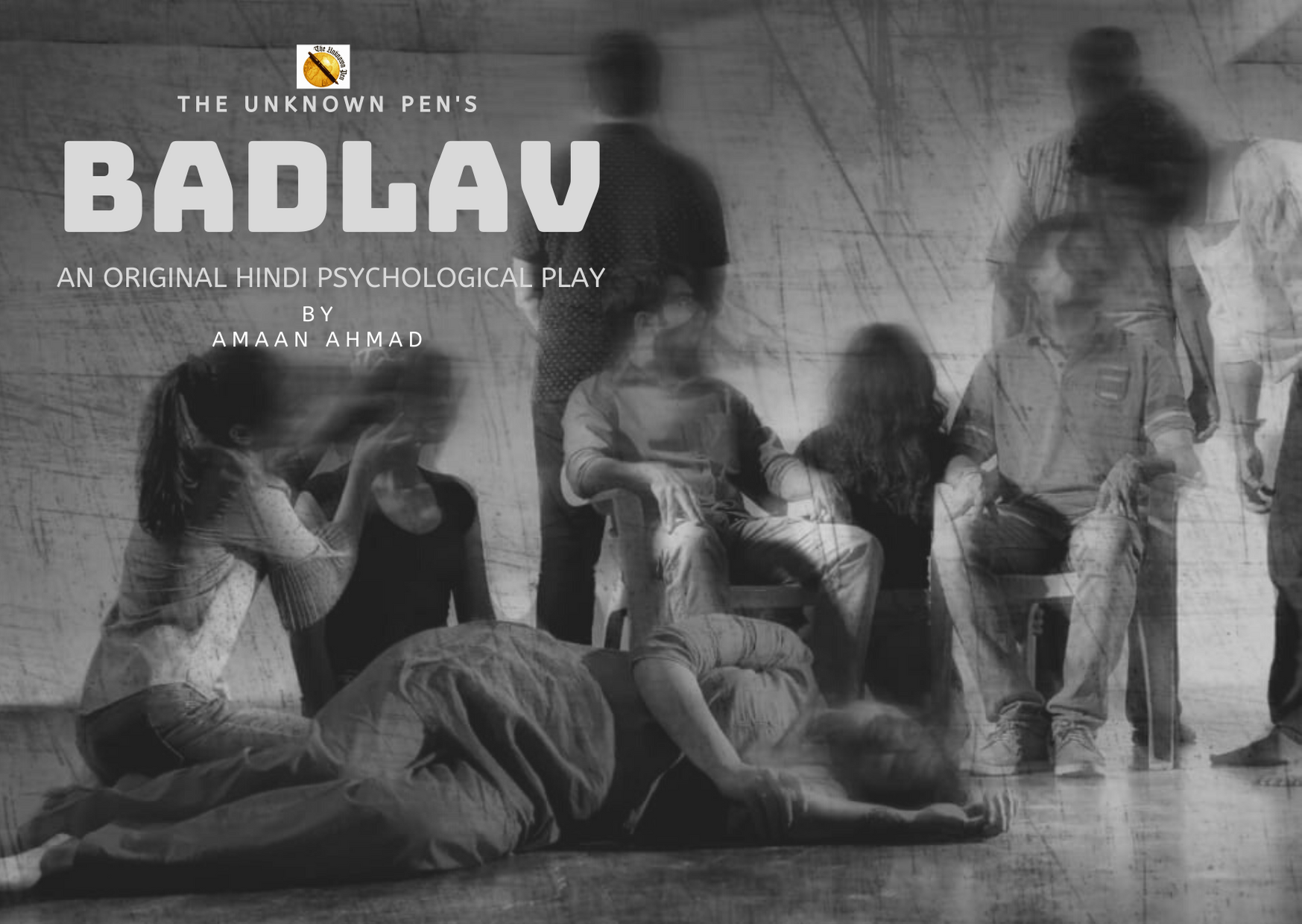 Badlav is an original hindi psychological play written and directed by Amaan Ahmad. Touching the core of Theatre of the Absurd, ‘Badlav’ is a one of a kind play that traverses through multiple questions concerning human consciousness in a twisted manner. Set in an indefinite timeline, the play questions the very nature of ‘change’. Gayathri, the protagonist, being a hypocrite herself, is determined to seek ‘Badlav’. A complex psychotic character who comes with an overflow of deranged emotions, Gayathri is perpetually restless. Kalpana is an absolute nihilist. She throws absurd remarks at everything under the sun. Meanwhile, Radha who appears naïve and utterly ignorant, unknowingly unfolds a series of poetic and philosophical aspects of the play. In some other unexplored dimension, we see two men immersed in a paradoxical, absurd and digressive conversation which takes unexpected twists and turns. Watch the play to see what happens with 'Badlav' and these dimensions.

Organizer
Amaan Ahmad (The Unknown Pen)
The Unknown Pen is a theatre group based in Hyderabad that generates original plays. The majority of our plays are based on Theatre of the Absurd. We believe that art should be pure, raw and unpolished so as to keep its essence alive. Our vision is to revive the art of Theatre through our original plays. We had previously done the following plays - 'Skepticism', 'Ek Tamasha', 'TM-POTLE' and 'Badlav'