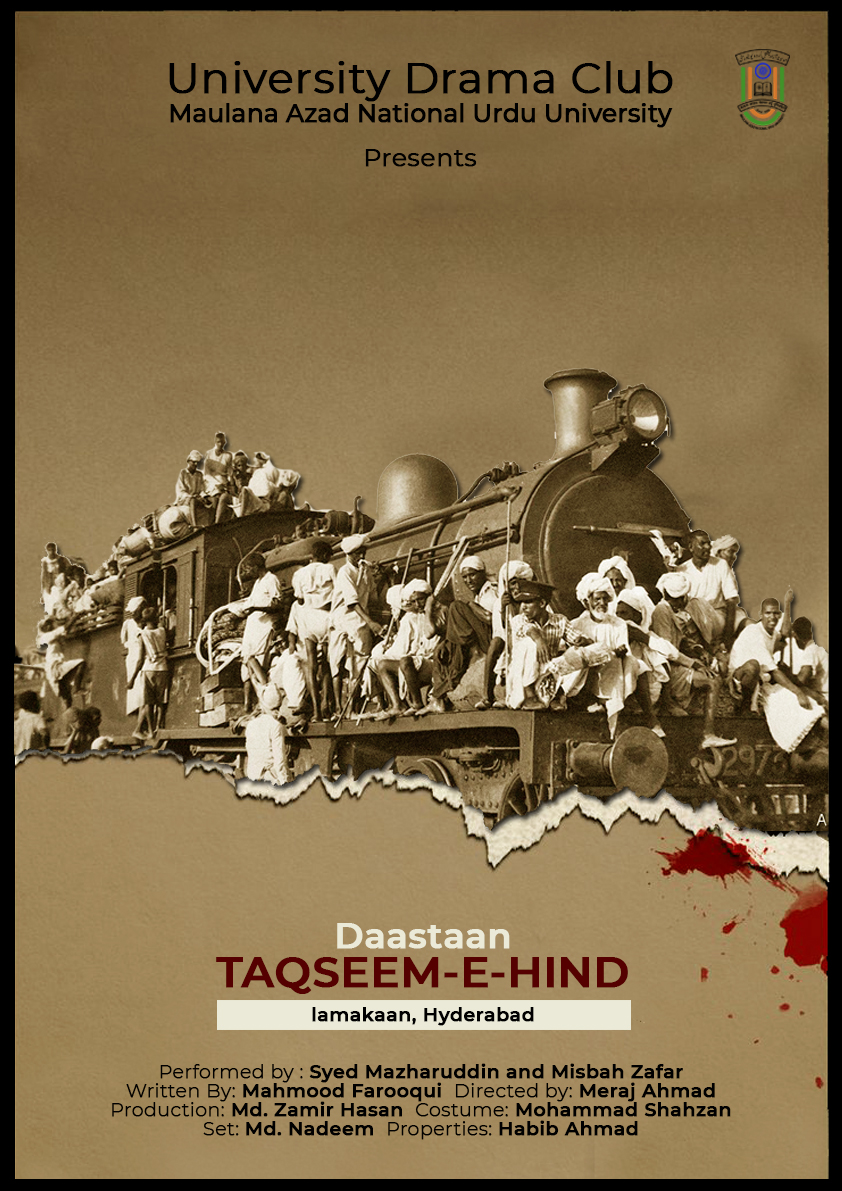 Written by the famous dastaan-goh Danish Farooqui, Dastaan Taqseem-e-Hind is a story of hope, love, nationalism, patriotism, inspiration, bitterness, and politics. It will be presented by the students of Maulana Azad National Urdu University through its University Drama Club. The University Drama Club of MANUU was formed in the year 2017 and since then it made a steady process and carved a niche in the field of thetrics. The Drama Club participated in the Central Zone Inter University Youth Festival held at Sambhalpur University Odisha and organised by Association of Indian Universities, New Delhi with thumping accolades. The Drama Club has also had numerous performances at MANUU and Urdu Hall, Hyderabad including, Jamun ka Ped, Rang Nagri, Gandhi and Champaran. Daastan Taqseem-e-Hind was also performed at Urdu Hall, Hyderabad on 18th December, 2021.