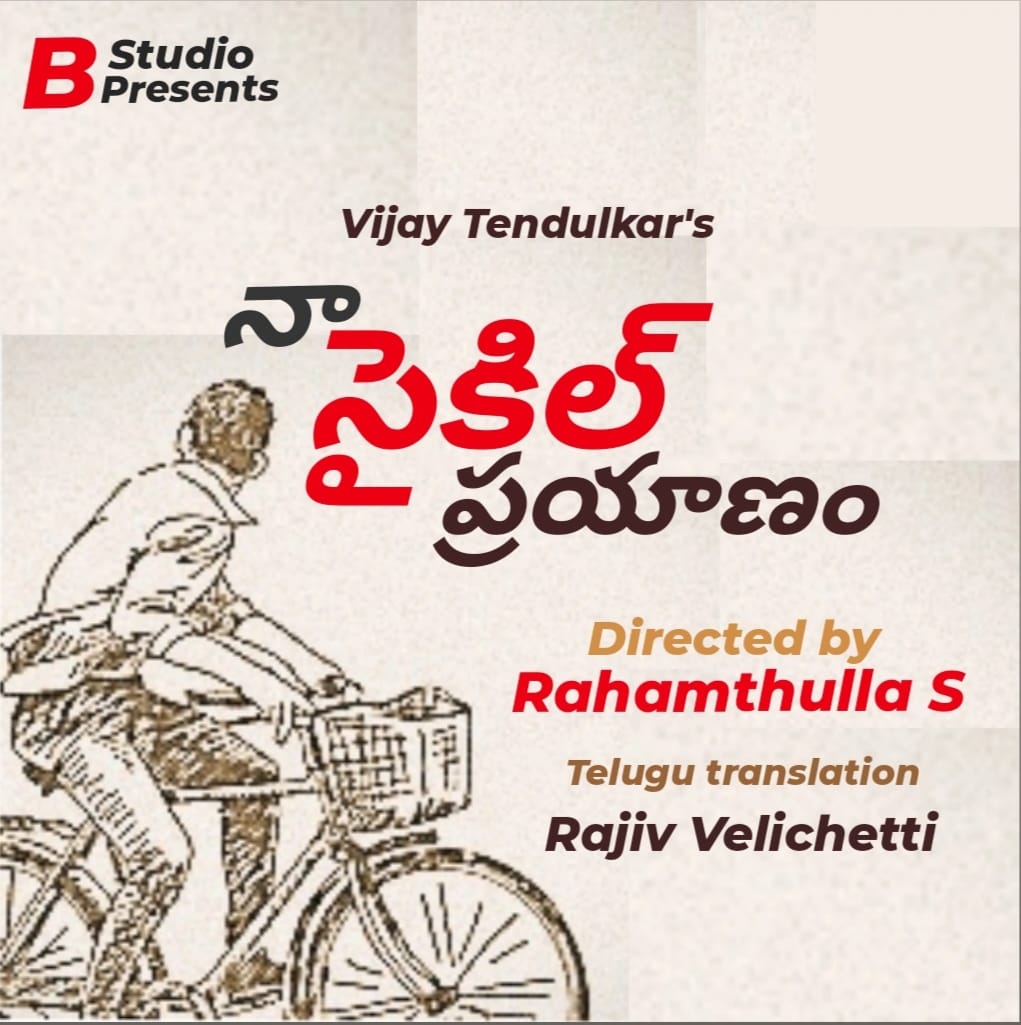 Na cycle prayanam" Is a telugu adaptation of vijay tendulkar's Cyclewallah in Hindi, is one of the most outstanding plays authored by Vijay Tendulkar. Originally written in Marathi under the title ‘Safar’ it was later translated into English as The Cyclist.  The Cyclist was intended to be Tendulkar’s last play. It was his ultimate comment on himself and the reality surrounding him. The story is about a cycle journey by a middle age man and his experiences.

Organizer
B Studio, Hyderabad
A place where you become who you want to be. We at B studios make aspirations a reality. With film, television, theater castings and multiple acting workshops we help aspiring performing artists reach a new level of excellence. Our previous productions include, New Bombay Tailors, The Wistle, Antigone, Viswa vikhyata mukku,