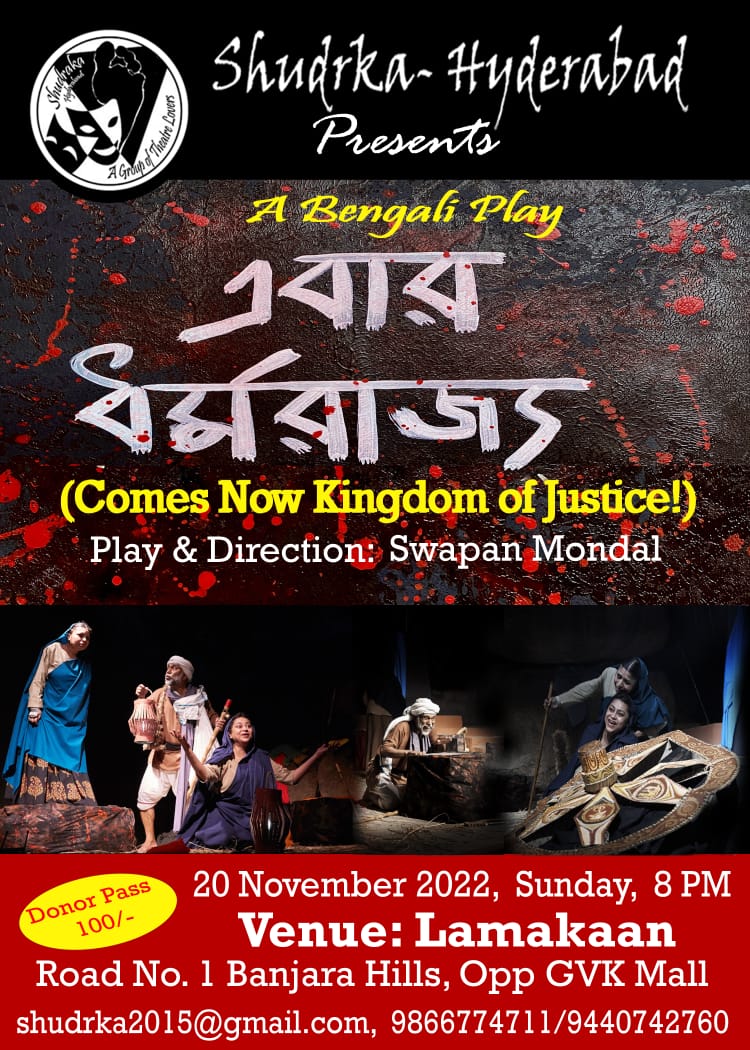 Shudrka Hyderabad presents Bengali play “EBAR DHORMORAJYO” (Comes Now Kingdom of Justice!) in which Gandhari and Kunti of Mahabharata meet on the last day of Kurukshetra war. If there is one issue that occurs again and again in this play, it is “Dharma”. It is perhaps the most debated and yet perhaps the most compromised. The play unhinges classical interpretation of the epic, while at the same time using the incidents in the epic to enunciate moral and ethical concerns and elaborate on the meanings of “Dharma” in the current context.