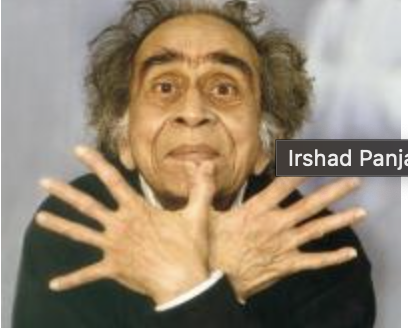 Performance and talk by Irshad Panjatan an Indian actor and veteran mime artist, based in Berlin.

Irshad Panjatan (born 7 September 1931) is an Indian actor and veteran mime artist, based in Berlin, who introduced the art form to India during the 1960s. He started his career as stage actor, acted in few Bollywood films, and later received acclaim as mime artist. He toured through West-Asian and European countries in 1971, which led him to Berlin, where he settled down. Over the years he has even acted in a few Hollywood and German films, Manitou's Shoe (2001), Free Rainer (2007), God is No Soprano (2003) and Iron Sky (2012).